skip to main | skip to sidebar

until further notice (or policy changes)
Posted by Evil HRISguy at 11:19 AM

What do you think?

How is the economy treating your workplace these days?


Some of the report requests and projects we've been working on make me think there will be a lot of "depression" around here in the coming year.

It will be a very interesting annual review period this January. Increases may be very easy to calculate.

edit: more signs --not looking good folks. Ive got a major system update scheduled for 4th quarter. If that gets postponed or canceled, then it is time to clean out the desk (just in case---can't stand having to come back and pack up at another time)
Posted by Evil HRISguy at 12:57 PM 2 comments:

Best wishes for a happy holiday for all. We can all find something to be thankful for! (hopefully!)
Posted by Evil HRISguy at 8:10 AM No comments:

Granted, I am not the best communicator in the world. In fact, I'm rather terse and misanthropic so I would not be insulted if I'm not on our succession planning path for Communications Director or Manager.

I was asked to create a survey for our employees to rate our recent benefits changes/offerings. It is completely anonymous and they had two weeks to complete the survey. About 1.5 weeks into the survey they asked me to send out a reminder.

Here is what it read:
Reminder: Benefit survey.

If you have already completed the survey, thank you for your feedback. There is no need to reply or take further action. The results will be shared by the VP of Benefits in the next newsletter.

However, if you have not completed the survey, please follow the link below and complete it.

Within a few moments of sending it out, I get multiple replies/phone calls to the effect of:

My boss gets phone calls asking similar questions, some border on hostile.

So apparently, I wasn't clear with my reminder. Any suggestions of how to word my email differently? I have a few, but my much nicer and wiser boss won't let me put them in.

Im really liking survey monkey these days. It has more than paid for itself in quick mid year 360 surveys that department heads want to do because, well, the other department head did one!!

One of the first things we ask is "What are you planning to do with the results?" The response is usually another sound of the summer. "cricket" "cricket"

Most of the supervisors requesting that we adminster a 360 survey about one of their direct reports want it for gossip and juicy comments. (That is until we suggest that one should be done on them by their peer group!)

I just wish our hosted performance management was as easy to use as surveymonkey. It used to be one of the best places to deal with--call them up with a request and they responded fast and accurate. Then they were bought out. Then they outsourced their support to India. Now when we call our support rep we get a soft talker whose command of the English language is not exactly impressive. I never know if our issue is going to be solved or Ive just agreed to wear a puffy shirt.

I wouldn't look too good in a puffy shirt.
Posted by Evil HRISguy at 8:50 AM No comments:

3. The look on Sr Management's face when they see their "outsourced savings" - Priceless
Posted by Evil HRISguy at 7:11 AM 2 comments:

Evil HRISguy
About as boring and harmless as you can get; but evil 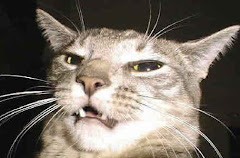